Drake in Velvet Jacket at ‘Amsterdam’ World Premiere in NYC

Canadian Rapper Drake posed on the red carpet for the premiere of the movie ‘Amsterdam’ on September 18, 2022 at Alice Tully Hall in New York City.

The 35-year-old ‘God’s Plan‘ artist, who is one of the executive producer of Amsterdam, donned a purple velvet jacket over a white shite with a black pants and a pair of black shoes. 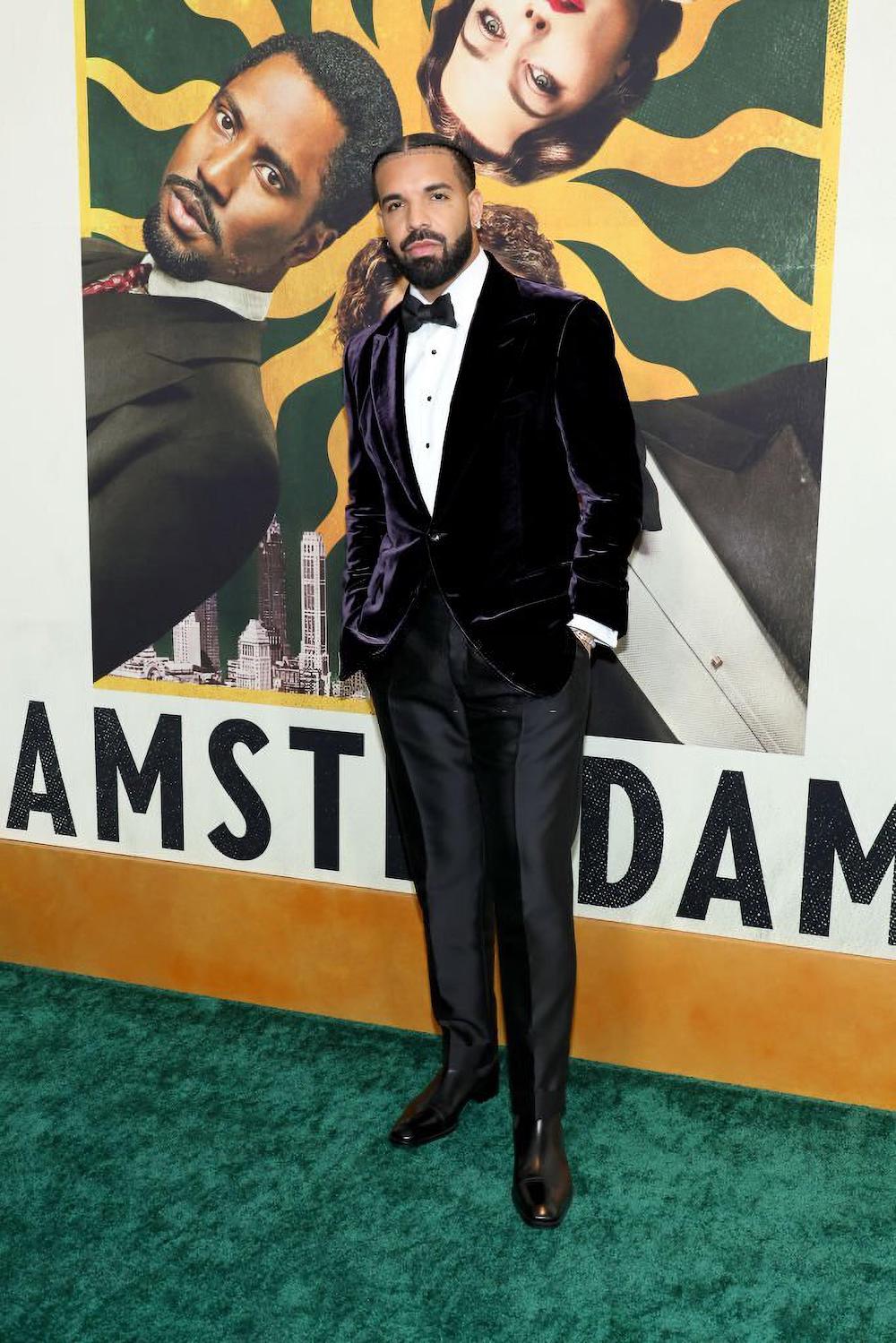 “This is just a real moment. So I am here to introduce the extremely talented, very legendary, one of the most handsome men in Hollywood. He goes by the name of David O. Russell.”

Other Celebrities at the Amsterdam NYC World Premiere