Taylor Swift took home the ‘Video of the Year’ award for All Too Well: The Short Film at the 2022 MTV Video Music Awards held on Sunday (August 28) at the Prudential Center in Newark, New Jersey.

After dazzling on the red carpet in a glittering bejewelled mini dress, the 32-year-old ‘Don’t Blame Me’ singer thanked fans for their support and disclosed the release date of her new album ‘Midnights’ on stage.

Taylor said , “You guys, I’m just so proud of what we made, and I now that every second of this moment that we wouldn’t have been able to make this short film if it weren’t for you, the fans.” 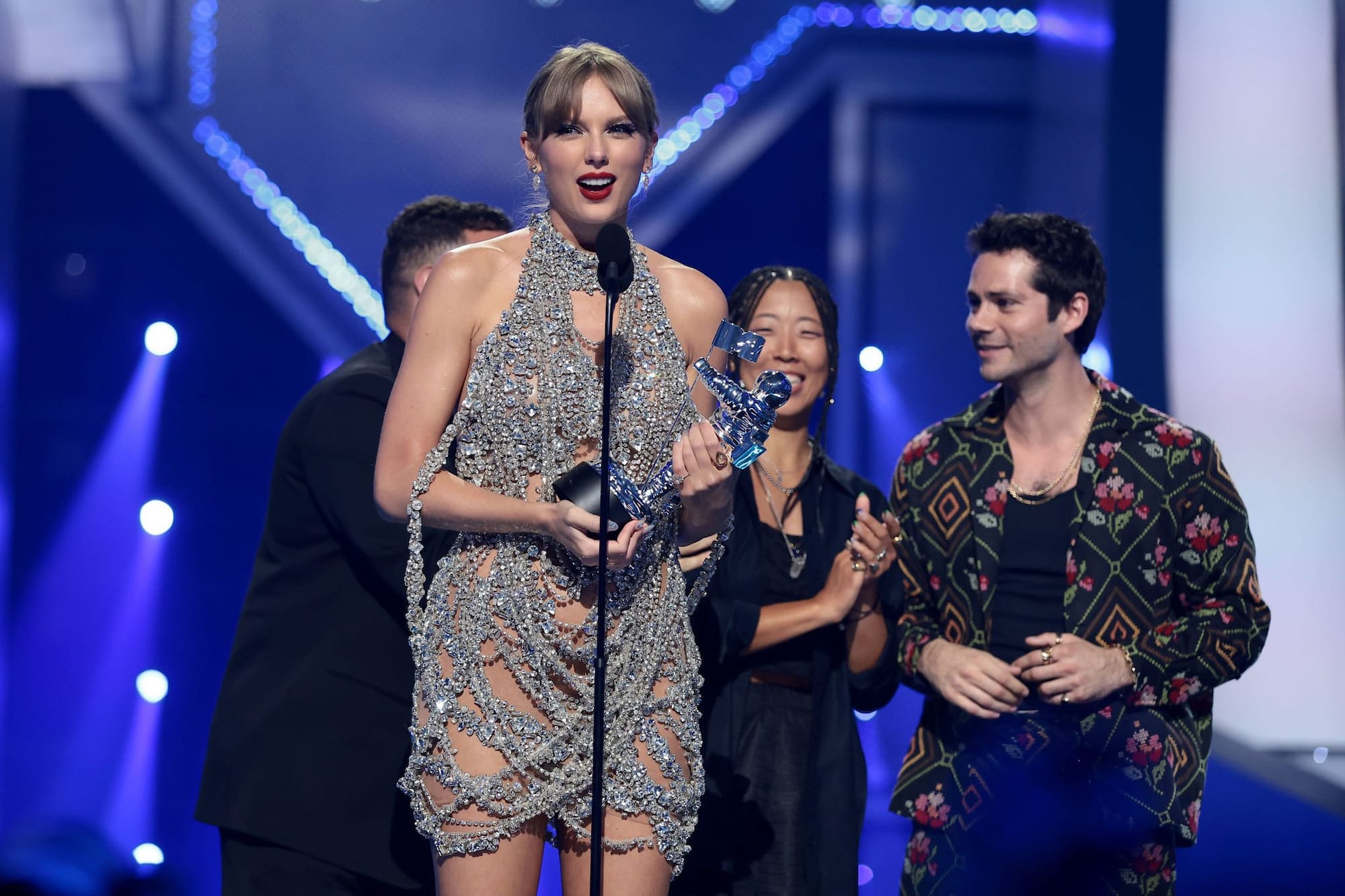 She added, “Because I wouldn’t be able to re-record my album if it weren’t for you. You emboldened me to do that. And I had sort of made up my mind that if you were going to be this generous and give us this, I thought it might be a fun moment to tell you that my brand-new album comes out October 21st. And I will tell you more at midnight.”

The new album will release on October 21 and it will feature 13 brand new songs.