Selena Gomez and her ‘Only Murders in the Building’ co-stars Steve Martin and Martin Short were spotted on stage together at the 74th Primetime Emmy Awards on Monday (September 12, 2022) at the Microsoft Theater in Los Angeles, California.

The 30-year-old ‘Revival’ artist, who wore a shimmering white Celine dress, presented the award for Outstanding Variety Talk Series at the ceremony with Steve, 77, and Short, 72, 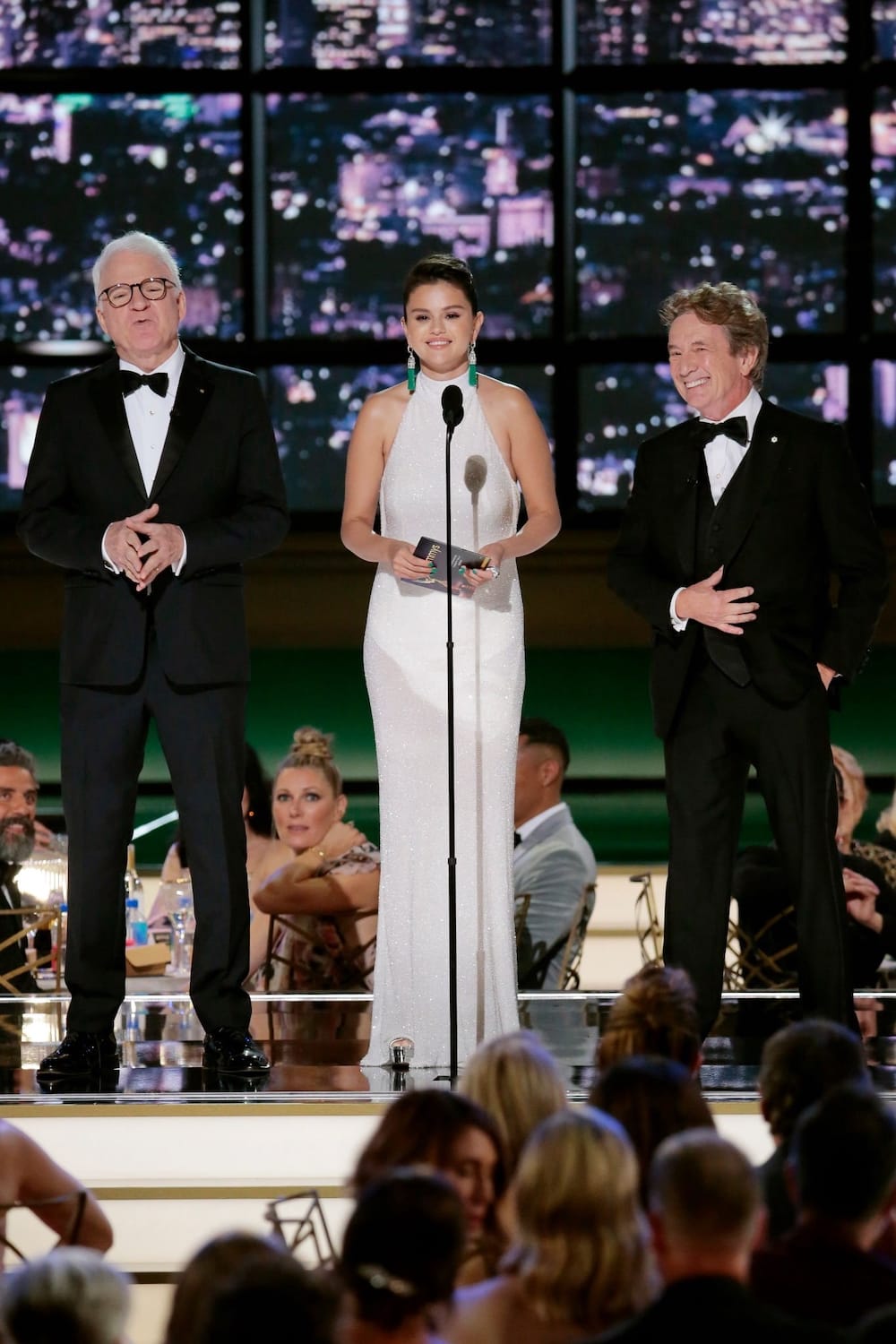 Steve and Martin were nominated for ‘Outstanding Lead Actor In A Comedy Series’ awards for their roles in Hulu’s Only Murders in the Building, meanwhile Selena wasn’t.