Blake Lively divulged that she is expecting ‘Baby No. 4’ with husband Ryan Reynolds at the 10th Annual Forbes Power Women’s Summit on September 15, 2022 at Jazz at Lincoln Center in New York City. 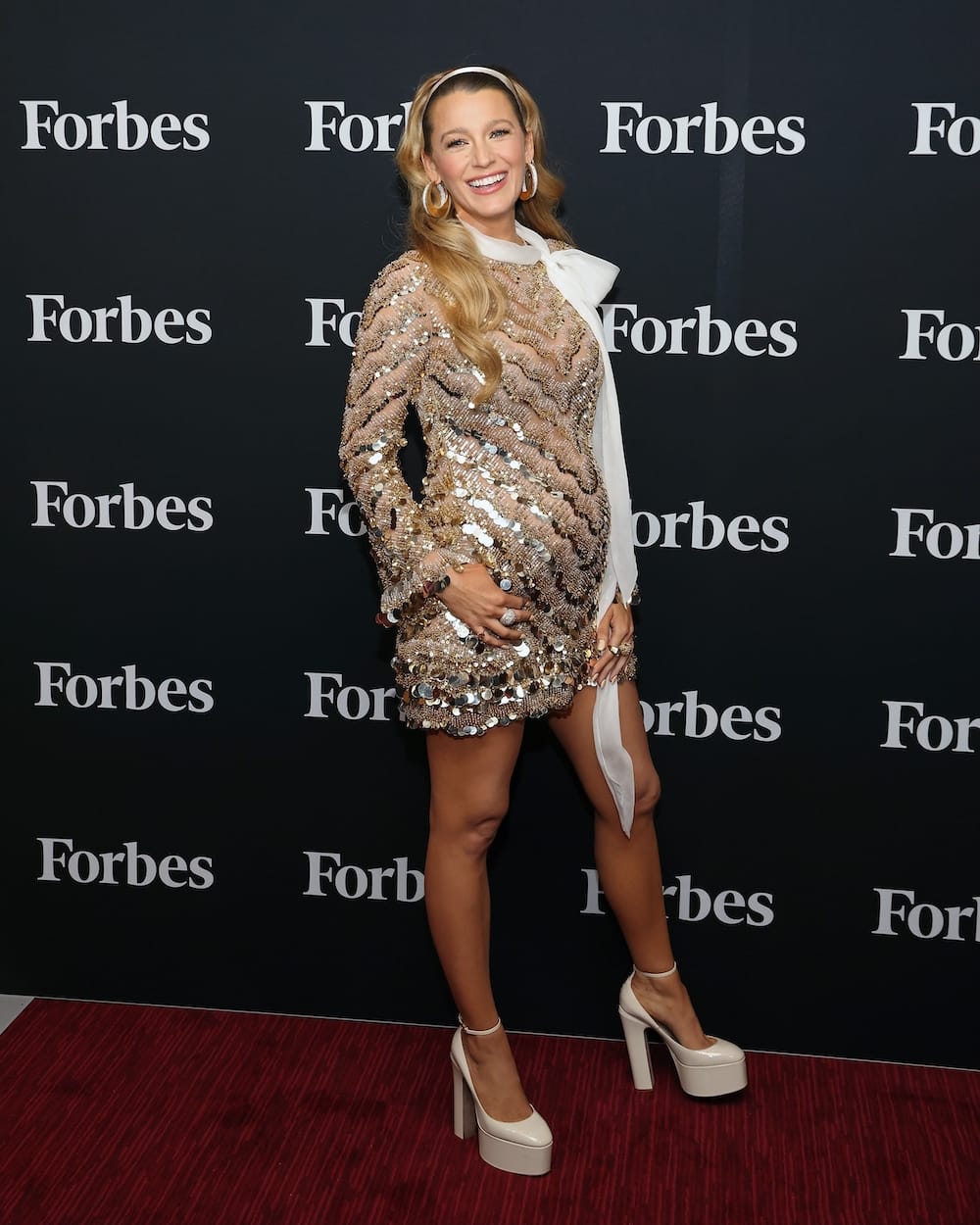 The actress, who displayed her incredible legs in a mini outfit, completed her look with Valentino ‘Tan-Go 155’ platform pump in a glossy white patent leather and Lorraine Schwartz jewels.

Her make up is done by Kristofer Buckle and hair by Jennifer Yepez.

Blake and Ryan first met in July 2010 on the set of their film “Green Lantern.” At that time, Lively was dating her “Gossip Girl” co-star Penn Badgley and Reynolds was married to Scarlett Johansson.

In September 2010, Blake and Badgley ended their relationship and in December 2010, Ryan got divorced from Scarlett.

Lively and Ryan began dating in October 2011 and got married on September 9, 2012, at Boone Hall Plantation in Mount Pleasant, South Carolina. 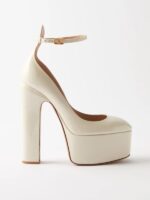