Mandy Moore made a spectacular appearance on chat show ‘Jimmy Kimmel Live!’ as she spoke to the guest host Simu Liu on Wednesday (August 24, 2022).

The 38-year-old ‘Candy‘ singer looked gorgeous in a black asymmetrical dress featuring a long-sleeve from the Alexandre Vauthier Pre-Fall 2022 collection.

Click through the gallery for 7 photos of Mandy Moore on Jimmy Kimmel Live 2022….

The American actress, who is styled by Kevin Michael Ericson, completed her style with Anita Ko jewelry,

Mandy talked to Liu about being 8 months pregnant with second baby boy with her husband Taylor Goldsmith, with whom she shares a son named Gus born on February 2021.

Liu also asked about Moore end of NBC’s American family drama television show “This Is Us,” in which she stars as Rebecca Pearson.

The first season of ‘This Is Us’ premiered in September 20, 2016 and the sixth & final season concluded on May 24, 2022. Throughout every season, the show received critical acclaim with an average rating of 94% on Rotten Tomatoes and was nominated for numerous accolades including many Primetime Emmy Awards. 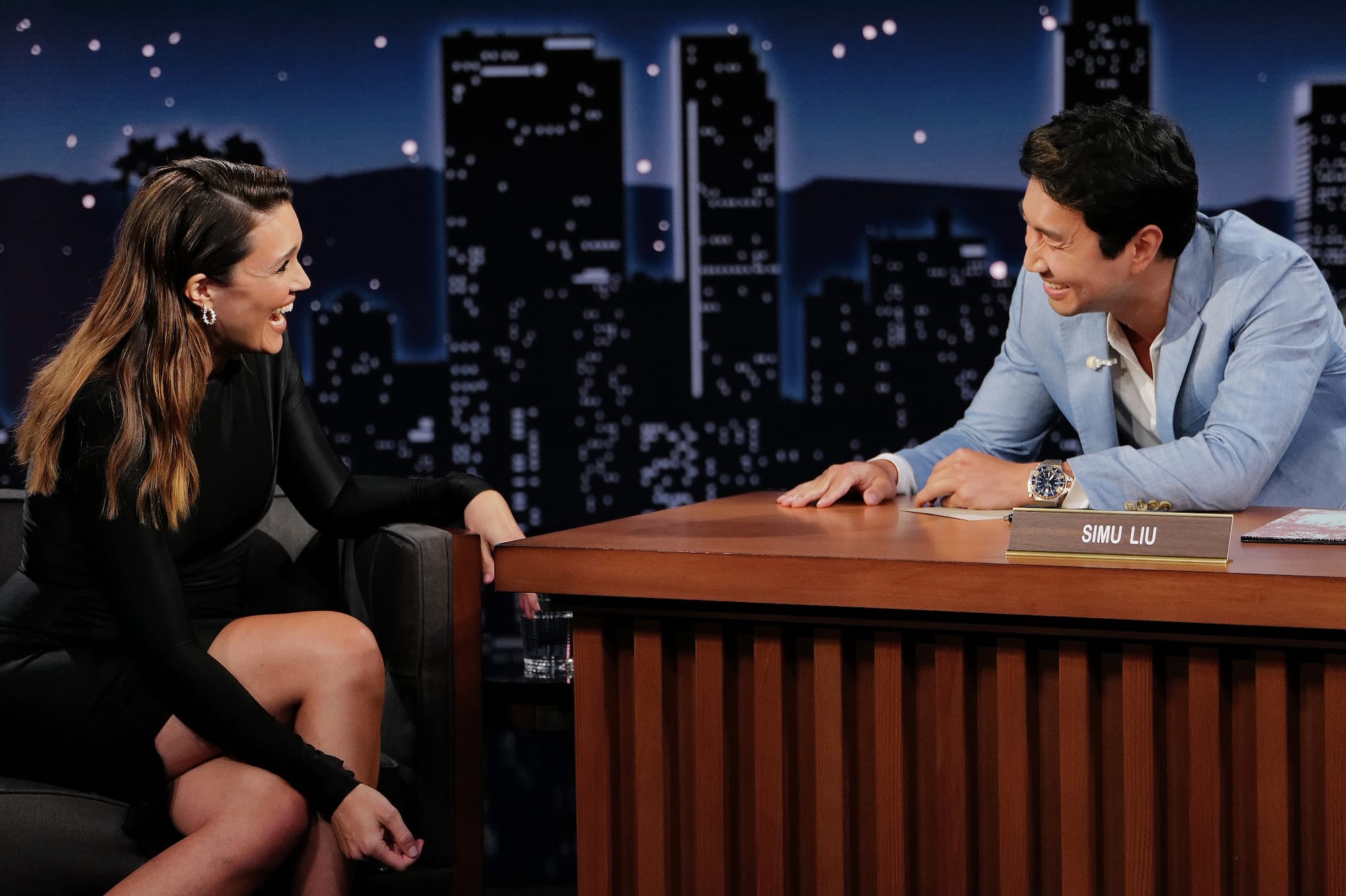 Liu asked Moore, “To have touched audiences for so long with your character, how did it feel to shoot the last moments of the show?”

For which Mandy replied, “Very emotional, I think, for all of us, ‘cause you know even on a film set it’s like you grow so close, you shared such intimate moments with this family, and six seasons of being with our crew and our cast, it was really hard to sort of say goodbye.”

Mandy’s Best Ever Looks and Outfits