Kaley Cuoco and her boyfriend Tom Pelphrey walked their first red carpet together at the 74th Primetime Emmy Awards on Monday (September 12, 2022) at the Microsoft Theater in Los Angeles, California.

The 36-year-old ‘The Big Bang Theory‘ actress, who was nominated for the ‘Outstanding Lead Actress in a Comedy Series’ for her role in The Flight Attendant, wore a pink tulle custom Dolce & Gabbana mini gown decorated with floral appliqués. 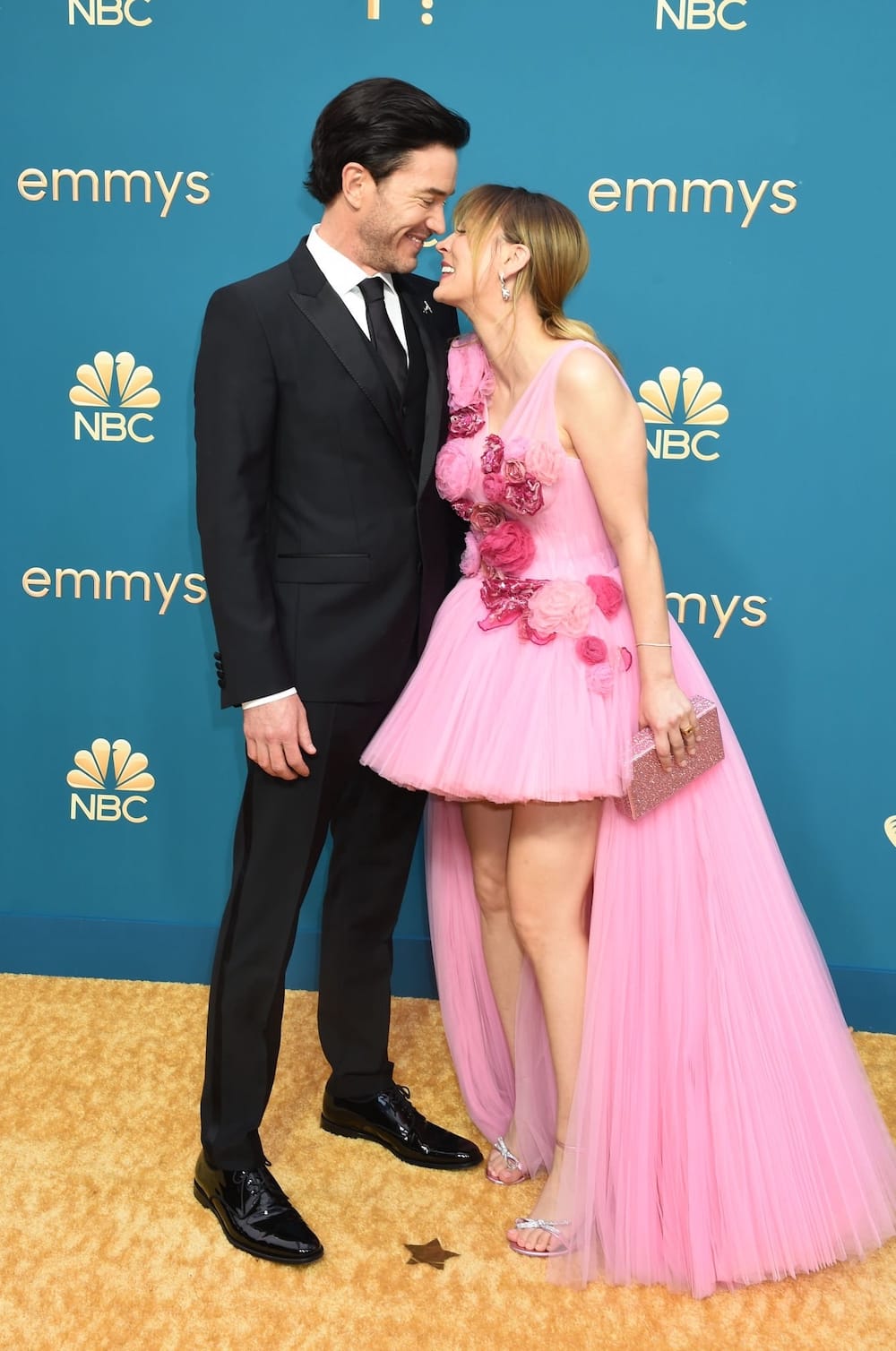 Cuoco and Ozark actor Tom Pelphrey, 40, started dating in 2022 and made their first public appearance as a couple at Greg Berlanti‘s Hollywood Walk of Fame ceremony in May.