Lily James resembled Pamela Anderson on the red carpet of the the 74th Primetime Emmy Awards on Monday (September 12, 2022) at the Microsoft Theater in Los Angeles, California.

The 33-year-old ‘Baby Driver’ actress, who went full glam in a glittering custom Atelier Versace gown and De Beers jewels, was nominated for ‘Outstanding Lead Actress in a Limited or Anthology Series or Movie’ for played as Pamela Anderson in the Hulu series Pam & Tommy. 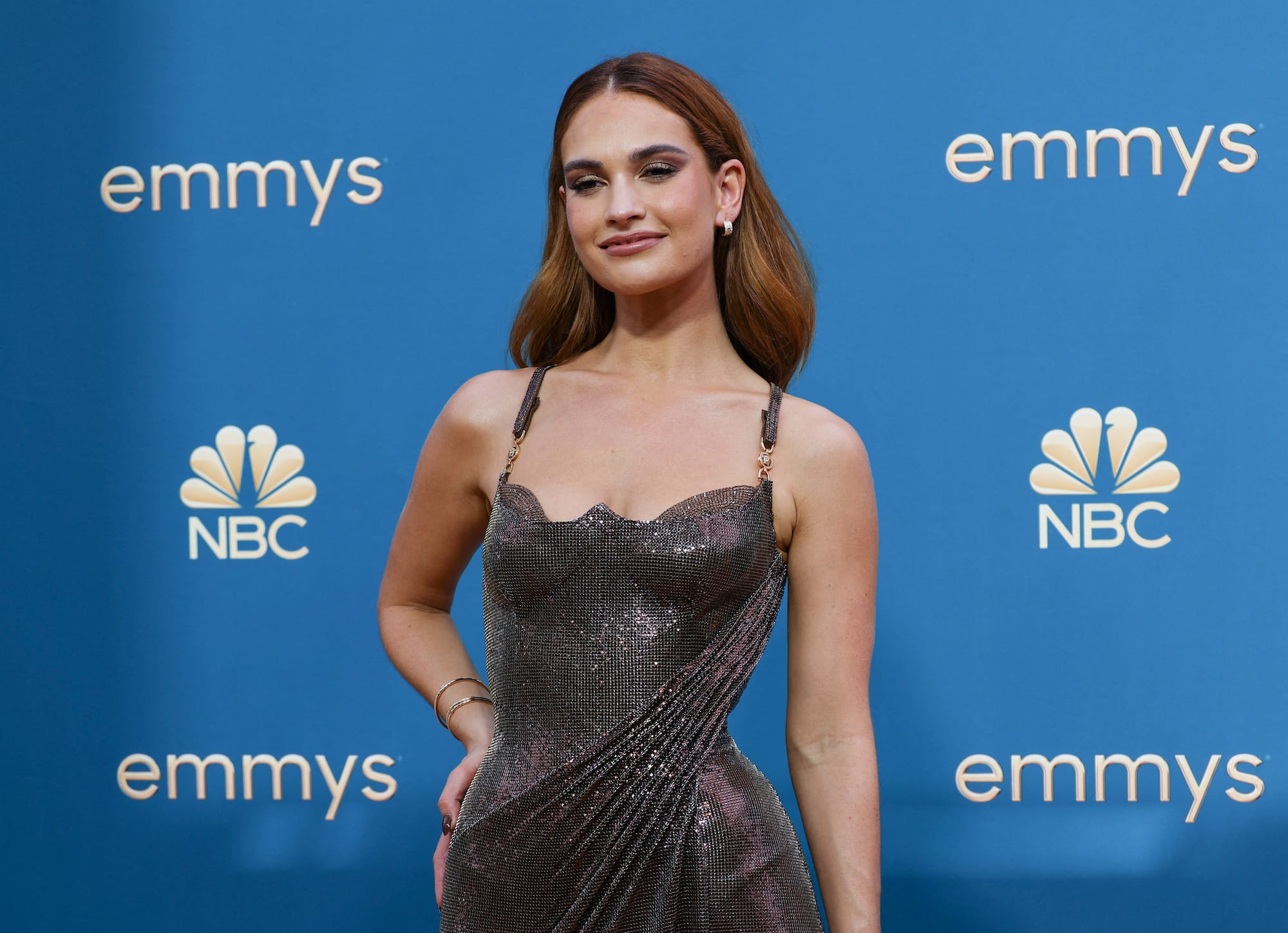 Lily looked lovely in a custom Versace outfit on the red carpet.

Primetime Emmy Awards, which are presented by Academy of Television Arts & Sciences (ATAS), is held every year since 1949 to honor the excellence in US primetime television programming of the year.