Andrew Garfield looked very smart in a white Zegna suit on the red carpet of the 74th Primetime Emmy Awards on Monday (September 12, 2022) at the Microsoft Theater in Los Angeles, California.

The 39-year-old ‘The Amazing Spider-Man’ star, who was nominated for ‘Outstanding Lead Actor in a Limited or Anthology Series or Movie’ for his role as Detective Jeb Pyre in Under the Banner of Heaven, accessorized his style with black Christian Louboutin ‘Greggo’ shoes, matching sunglasses, OMEGA watch and David Yurman jewels. 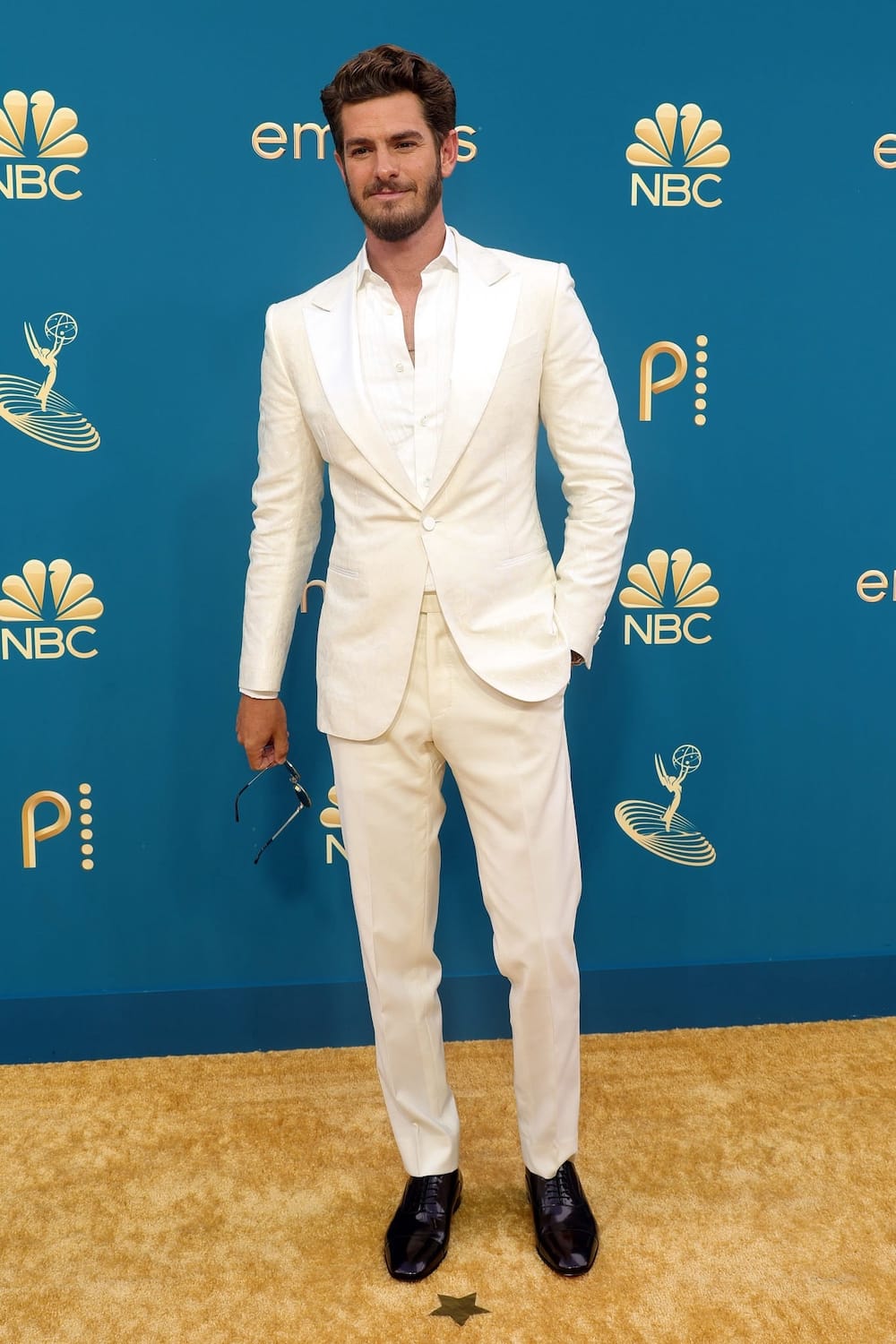 See Pictures: Selena Gomez in Celine with Steve Martin and Martin Short at the 2022 Emmys