Amanda Seyfried won the ‘Outstanding Lead Actress in a Limited or Anthology Series or Movie’ for playing the role of Elizabeth Holmes in Hulu’s The Dropout at the 74th Primetime Emmy Awards on Monday (September 12, 2022) at the Microsoft Theater in Los Angeles, California.

Before collecting the award on stage, she hit the red carpet with her husband Thomas Sadoski, 46, who wore a blue Armani suit. 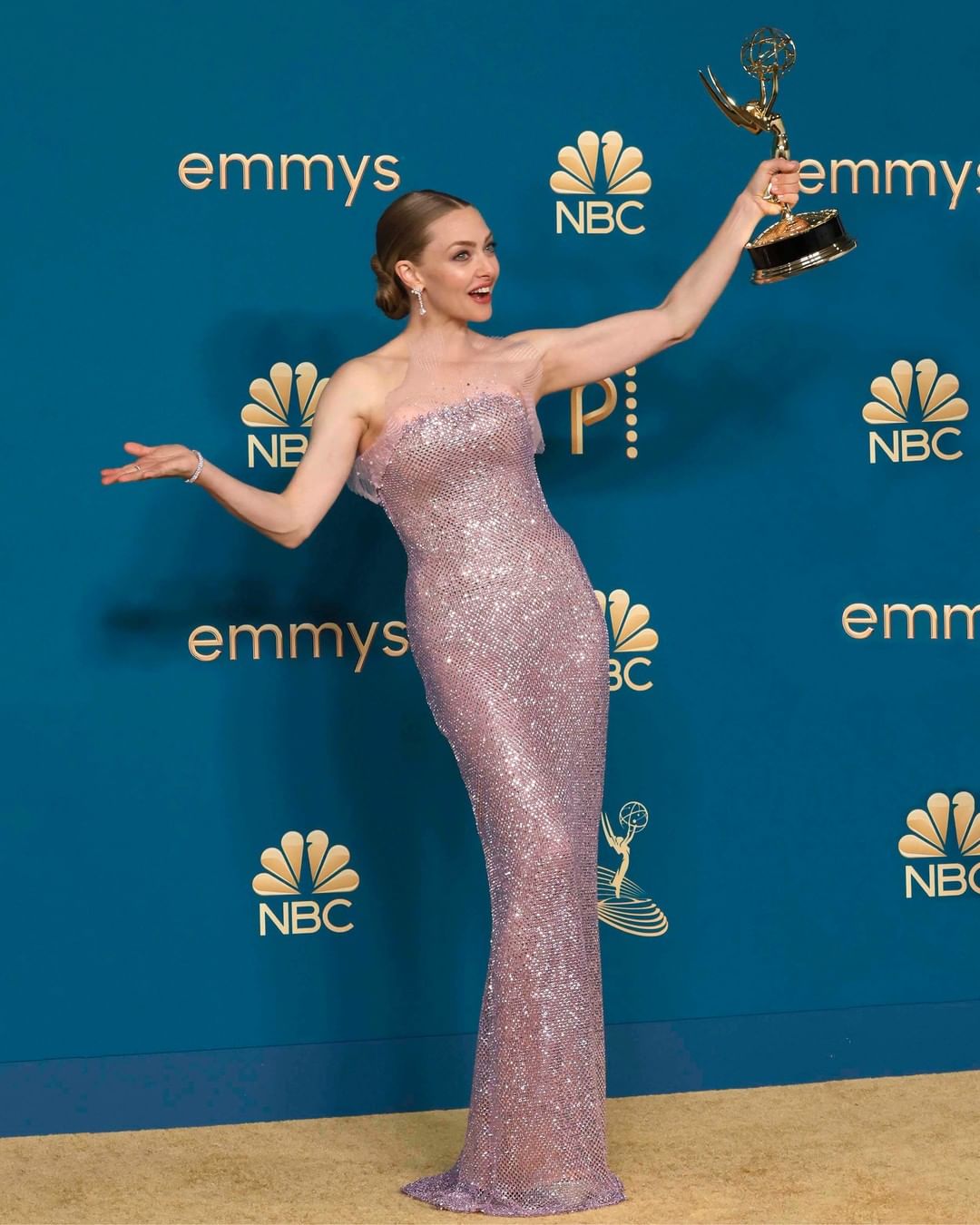